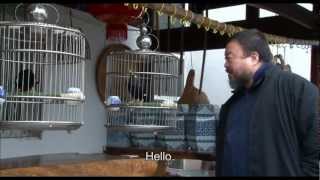 Catch up on the happenings of the art world from the comfort of your own couch with ten powerful documentaries. Entertaining, thought-provoking, historical, inspiring—this list has something all artists can enjoy. And the best part? They are all currently available on Netflix. So grab the popcorn, sit back, and relax with our list of must-watch documentaries for artists: 1. Ai Weiwei: Never Sorry In this inspiring documentary about a modern day Warhol, Chinese artist and acti 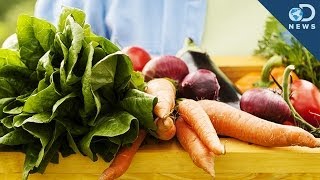 It's a rising trend around the world to start eating more organic food! Is organic food actually better for you? Join Laci as she talks about some of the health benefits that come with eating organically! This documentary takes a closer look at the organic food debate through the dirtiest fruits in North America: the apple. They interview an organic apple farmer and a conventional apple farmer to find out how they farm and what sort of chemicals they use to grow our food, als 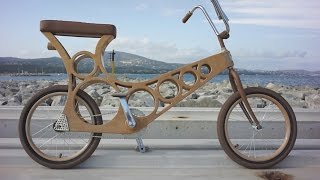 A wooden bicycle you can make yourself

If you’re looking for an affordable, lightweight wooden bike that will get attention wherever you ride, the Hoopy might be just what you’re looking for. A lightweight design that can be adapted for adults of almost any height, the Hoopy features a light plywood frame that can be used to store tools, spare tires, or groceries! The flexible frame can even be adapted easily to store a motor in the case of an electric bike. Now, you can’t simply walk into your local bike shop an 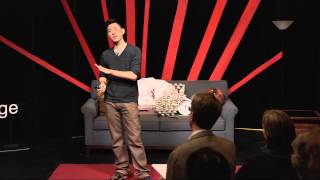 We are all creative, even if you don't think so. This video will inspire you to rekindle the flame of your creativity and bring out the artist inside you. Being creative is a gift that needs nurturing. It should never be taken for granted. If you’re lucky enough to have the gift, you should be testing how far you can push it. 1. How Empathy Fuels the Creative Process: Rethinking the Meaning of Connection 2. Creativity Under Pressure We often think of creativity as an uncontro 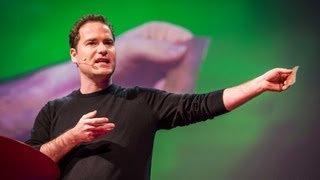 We could have meat and leather without killing animals!

Andras Forgacs is co-founder of a biofrabrication company called Modern Meadow, and in this TED talk, he discusses how we have a humane alternative to the current sad state of affairs. At first, this technology will be used to create replacement organs for people who are sick or hurt, but as the technology matures, there's no reason why it couldn't be used to replace factory farming, something that would be good both for the animals and our planet. It'll take a while for peop 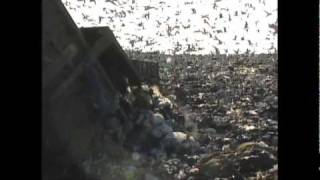 At 2,200 acres, Freshkills Park is almost three times the size of Central Park and the largest park to be developed in New York City in over 100 years. It also has a significant history as the site of the former Fresh Kills Landfill, which was the largest landfill in the world before closing in 2001. Since then, the landfill has been covered with layers of soil and infrastructure, and the site has become a place for wildlife, recreation, science, education, and art. As the pa

Amazing zero-waste bowls are made entirely from leaves.

German company Leaf Republic has developed beautiful disposable tableware made from nothing but leaves. Perfect for picnics and as outdoor tableware, these innovative leaf bowls are constructed from large leaves stitched together with palm leaf fibers and pressed into different bowl shapes. Leaf Republic’s tableware are not only biodegradable—they decompose in the outdoors within a month as compared to plastic, which can take over two years—but they’re also waterproof. Nickn

Art For Evolution recently received the GuideStar Exchange Gold participation level, a leading symbol of transparency and accountability provided by GuideStar USA, Inc., the premier source of nonprofit information. This level demonstrates Art For Evolution’s deep commitment to nonprofit transparency and accountability. As a GuideStar Exchange participant, we use their platform to share a wealth of up-to-date information about our organization to our supporters along with Guid

International Day of Women and Girls in Science

Save Our Trees – Use Less Paper